“When the poor and needy seek water and there is none, I the LORD will hear them; I will open rivers in high places; I will plant in the wilderness…the ACACIA…that they may see and know, and consider and understand that the hand of the LORD has done this.” Isaiah 41:17-20 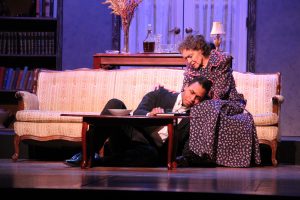 Acacia Theatre Company is an independent, non-profit, interdenominational Christian theatre company.  It was founded in 1980 by several theatre artists who shared the common desire to integrate art and faith by presenting theatre that would express the experiences and positive values important to members of the Christian faith. Through uplifting, quality entertainment, Acacia provides occasion for thanksgiving growth and enjoyment, and the opportunity for Christian and non-Christians to consider their lives in relationship to God.

The name Acacia was chosen because the acacia tree, as mentioned above, is a symbol of stability and resilience. Deep roots help the tree survive severe droughts, and acacia wood was used to build the Ark of the Covenant. 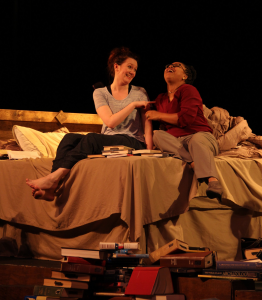 Beginning as a touring company, Acacia performed at schools and churches throughout the Greater Milwaukee area. The company continues to tour today and has performed for thousands of people in countless schools, retirement communities and churches of every denomination.

Main stage productions were added to Acacia’s offering during the 1983-84 season, allowing the company to stage more elaborate productions and reach a larger audience. The company’s home theatres have included University Lutheran Chapel in Shorewood, Eastbrook Church in Milwaukee, Trinity Presbyterian Church in Milwaukee’s Sherman Park neighborhood and the Miramar Theatre on Milwaukee’s East Side. The Todd Wehr Auditorium at Concordia University Wisconsin became Acacia’s home theatre during the 2002-03 season. 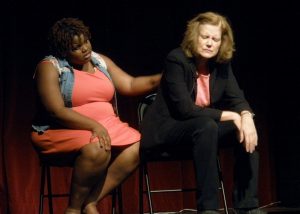 Each season, Acacia Theatre Company produces three plays and a special Christmas production in its resident theatre, the Todd Wehr Auditorium at Concordia University Wisconsin in Mequon, Wisconsin. Many works in the company’s diverse repertoire are secular, chosen for their ability to spark discussion of Judeo-Christian values and provoke thought about the ramifications an individual’s actions can have on those around them and society as a whole. These works have included such well-known plays and authors as Thornton Wilder’s Our Town, William Shakespeare’s A Midsummer Night’s Dream, Graham Greene’s The Potting Shed, Larry Shue’s The Foreigner, Robert Harling’s Steel Magnolias, J.M. Barrie’s Quality Street, William Gibson’s The Miracle Worker and Alfred Uhry’s Driving Miss Daisy. Acacia has also produced some original work for the first time: Amanda Petefish-Schrag’s The Endurance of Light, Patty McCarty’s This Other Love and Jayme McGhan’s Autonomy.

The people behind the curtains: